Available as part of the six-story OUTMODE Anthology 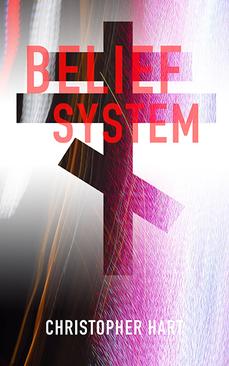 It was the news story of the century, an unconventional experiment to boost artificial intelligence had accidentally decoded the meaning of life itself. That’s what veteran reporter Sue Stevens was going to verify as she and her team arrived at Spiral, the tech company making this incredible claim. Would Sue uncover the truth and experience The Code for herself or did someone close to her have a different plan? Because when it came to a question of beliefs, not all of humanity was ready to take this quantum leap of faith.

During my research for this story, I found some these interesting articles. Extra reading if you want to explore the subject further.

The Daily Dot - Artificial intelligence will make religion obsolete within our lifetime​
https://www.dailydot.com/irl/superintelligence-meets-religion/

Salon - Why artificial intelligence is the future of religion​

Motherboard - Mind Uploading Will Replace the Need for Religion

The Atlantic - Is AI a Threat to Christianity?

MIT Angles - Is the Universe Actually a Giant Quantum Computer?